I´am born and raised in Mölnlycke outside Gothenburg. The interest in offroad started with my first motocross of 50cc which I got as a 6 year old. Through the years I was seen in all types of motorcycles and finished with a Husqvarna of 500cc. When I turned 17, I got my first 4×4, a beautiful Range Rover -73 with its roaring V8. Since I grew up on the countryside, there was a good deal of forest I could drive in until the driving license came into place.

When I got my driving license, I bought my first 903 Volvo Valp shortly after. Up through the years, there were several of the same type. In 1991 it was time to do my military service at K3 in Karlsborg as a Jägare. The years at Karlsborg only increased the interest in military vehicles and the possibility these provide with getting around offroad. After a total of 11 years in the armed forces, it was time to look for something new to do.

In 1996 I moved permanently to Norway, to seek work, but also to experience the incredible nature Norway has to offer. In 2005 I got the opportunity to buy my first c303 Volvo TGB from a surplus dealer, a vehicle I longed for during all my years in the armed forces. At the same time, I became a webmaster at ifokus.se and worked with their internet site for military historical vehicles. The following year I started my very own internet site, www.terrangbil.net.

In 2009 I established my own company as a photographer, having worked with marketing and as a project manager in Telenor for over 12 years. Then in 2010 I was employed by the US State department and stationed at the embassy in Oslo where I worked with personnel safety. In 2015, I left terrängbil.net to seek new experiences. At that time, the page had about 3,400 members and the page was read by about 60 thousand each month. Late the same year, I established www.overlanding.nu.

At Overlanding.nu I primarily work with infrastructure, content and graphics on our websites and forums. As a guide, I rely on my education from the Swedish armed forces and my many years at the US State Department with relevant training in first aid, crisis and conflict resolution. 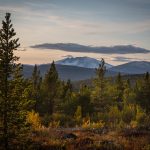 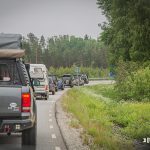 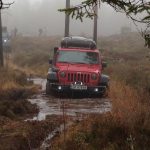